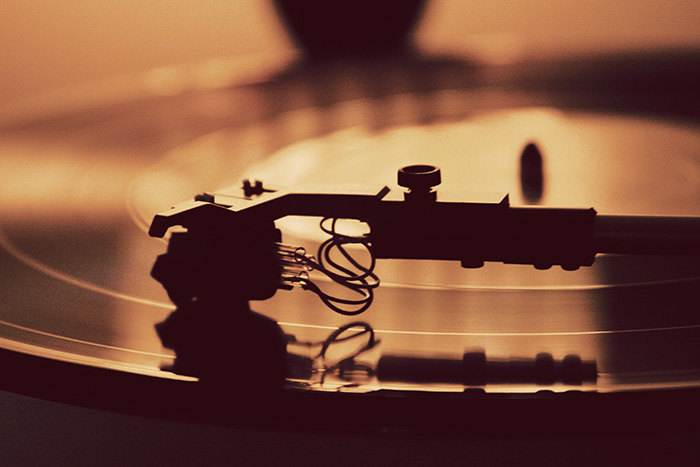 I should probably offer an explanation as a little background perspective for our younger readers; there once was a time when music was recorded in analog on vinyl discs called “records”. These were two-sided and consisted of grooves in the vinyl that a “needle” rode in. The needle picked up little bumps in the grooves or tracks and these analog signals were electrically amplified to recreate sound.

Record players ran at different speeds, depending largely on the size of the record. The smaller ones had only one song on each side (thus the term “singles” and “B-sides”). These ran typically at 45 rpm while full-sized records contained complete “albums” and ran at 33 rpm. Really old albums ran at 78 rpms. I don’t remember having any of those, but it was fun to play 33’s using the 78 rpm setting. Think of the Chipmunks on 5-Hour Energy drinks singing the Rolling Stones!

The problem with records was after a while the needle wore out the grooves or a scratch developed and the needle would skip out of the track. Sometimes the skip would be backward and continuously repeat the same part of the song until you moved the needle to a different track. Other times it would skip forward and cut out part of a song. Lyrics could take on a whole new meaning when this happened! Records were also known to warp to the point where the needle, and therefore the sound, would speed up or slow down, depending on whether it was going up or down the “hill”!

Then along came compact discs, which even the youngest readers may need to have explained (just go ahead and Google it!). CDs were only recorded on one side (so you didn’t have to flip them over to hear the rest of the recording), they didn’t scratch or warp (in theory) and offered “better” digital sound. They could even be used in portable players and in cars. All this essentially made record players obsolete.

The Science of Sound Waves

That brings us back to air-bearings, and the question of why someone would pay tens of thousands of dollars for an air-bearing record player? I’m told by true audiophiles that it’s because analog sound has better quality than digital as it is smoother to the ear. Whereas digital sound is a lot of little bits of broken sounds that our brain has to fill in the spaces between to blend, analog is continuous natural sound allowing the brain to just relax and enjoy the music.

A rotary air bearing with a high-quality direct drive brings out the best in sound quality because it provides very precise rotational motion and speed control. With a vacuum platen and a weighted center mount the record is held down extremely flat for the truest sound reproduction.

For the record (pun intended); I love music, but I’m a fan of the advances in technology that make devices smaller and more portable, so I’ll stick with my iPod (older readers may need to ask your grandkids about these!). But for you purists out there looking for air-bearing turntables to achieve the ultimate in sound quality, give us a call!